Published By Alexandra Heilbron on Feb 22, 2021 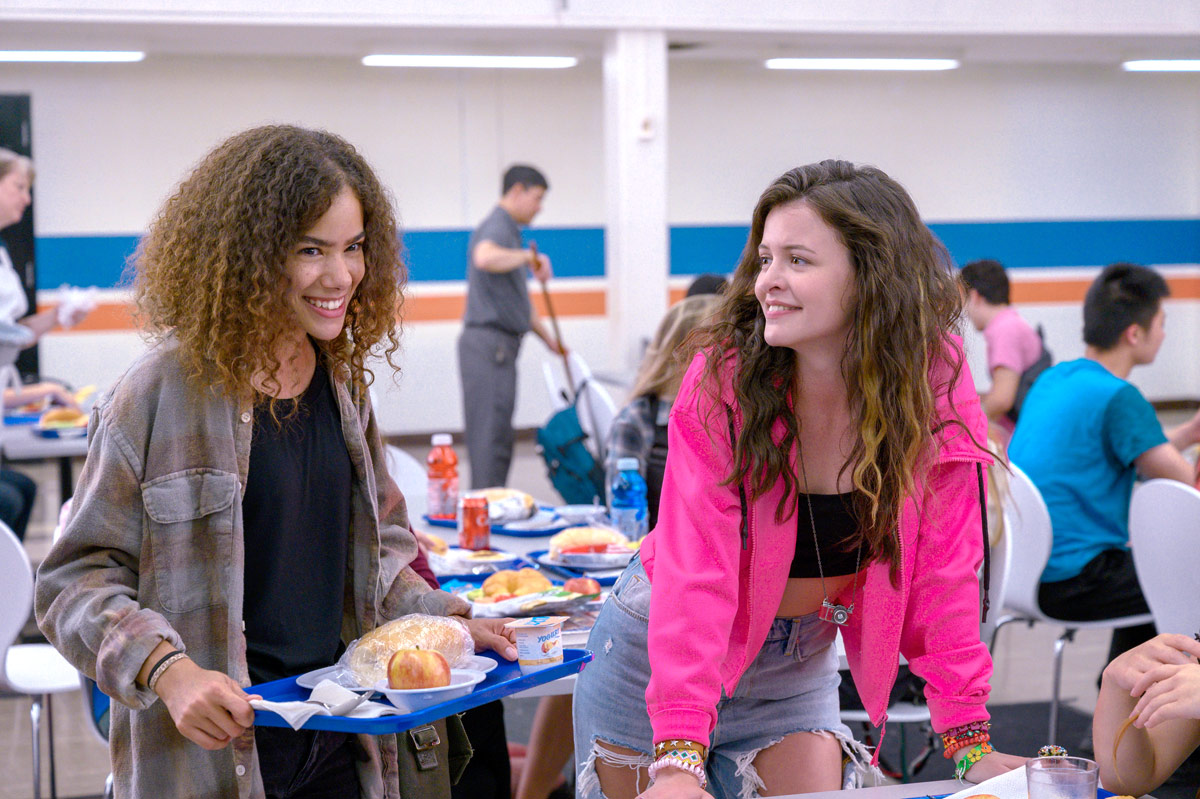 Ginny & Georgia - Georgia (Brianne Howey) and her family have been moving homes all their life. Looking for a fresh start, Georgia takes her daughter, Ginny, and her son, Austin, to settle down in a Massachusetts town so she can give her kids the normal life she never had. But their fresh start to a new life is threatened when secrets from Georgia's past begin to catch up to her and drive a wedge between her and her daughter.

The Croods: A New Age - Grug Crood (Nicolas Cage), Ugga Crood (Catherine Keener) and their daughter Eep (Emma Stone) need a new place to live. They discover a walled-in paradise that perfectly meets all their needs, except for one problem. Another family already lives there: the Bettermans — Phil (Peter Dinklage), Hope (Leslie Mann) and their daughter, Dawn (Kelly Marie Tran). The Bettermans live in an elaborate tree house with amazing inventions and irrigated acres of fresh produce. They're a couple of steps above the Croods on the evolutionary ladder. When they take the Croods in as their houseguests, it isn’t long before tensions arise between the two families.

The Last Vermeer - While Joseph Piller (Claes Bang), a Dutch Jew, was fighting in the Resistance during the Second World War, witty and debonair Han van Meegeren (Guy Pearce) was hosting hedonistic soirées and selling Dutch art treasures to top Nazis. Following the war, Piller becomes an investigator assigned the task of identifying and redistributing stolen art, resulting in the flamboyant van Meegeren being accused of collaboration—a crime punishable by death. Despite mounting evidence, Piller becomes increasingly convinced of Han's innocence and finds himself in the unlikely position of fighting to save his life.

Wrong Turn - Jen (Charlotte Vega) and a group of friends set out to hike the Appalachian Trail. Despite warnings to stick to the trail, the hikers stray off course—and cross into land inhabited by The Foundation, a hidden community of mountain dwellers who use deadly means to protect their way of life. Suddenly under siege, Jen and her friends seem headed to the point of no return—unless Jen's father (Matthew Modine) can reach them in time.

February 28
How to Train Your Dragon: The Hidden World (Netflix)
RuPaul’s Drag Race: Untucked!: Season 12 (Netflix)
Unabomber – In His Own Words: Season 1 (Netflix)