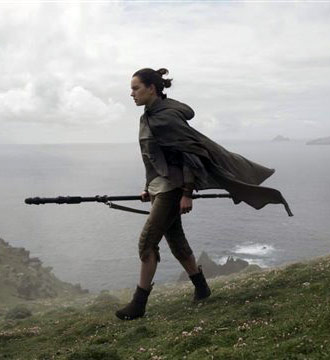 With no big releases in theaters this week, no challengers emerged to bump out Star Wars: The Last Jedi from the top spot at the weekend box office. Instead, we've got a repeat performance of last weekend's top five box office results. ~Alexa Caruso

Star Wars: The Last Jedi dominated the weekend box office for the third week in a row. The film made $52.4 million this past weekend, making its current domestic gross a hefty $517.1 million. Our users are enjoying the film, giving it a rating of 3.8 stars out of 5.

Jumanji: Welcome to the Jungle continued to capture audiences this weekend. The film stayed in second spot in its second weekend in theaters. The film earned $50.6 million, making its current domestic total $169.8 million. It has a rating of 4 stars from our users.

Remaining in third in its second week of release was the musical comedy Pitch Perfect 3, which added $17.8 million to make its current total earnings of $64.3 million. Our users give the film a rating of 4 stars out of 5.

Fourth spot at the weekend box office again went to The Greatest Showman. The film earned $15.3 million in its second weekend in theaters. Our users are loving the “Greatest Show on Earth,” rating the film 3.7 out of 5 stars. Still not sure? Read our review of the film by clicking here.

Finishing out the top five was the animated comedy Ferdinand, which stayed in fifth in its third week in theaters. The film added $11.7 million this weekend, making its current domestic gross $53.8 million. Our users give the bull with a heart of gold a rating of 4.2 stars out of 5.