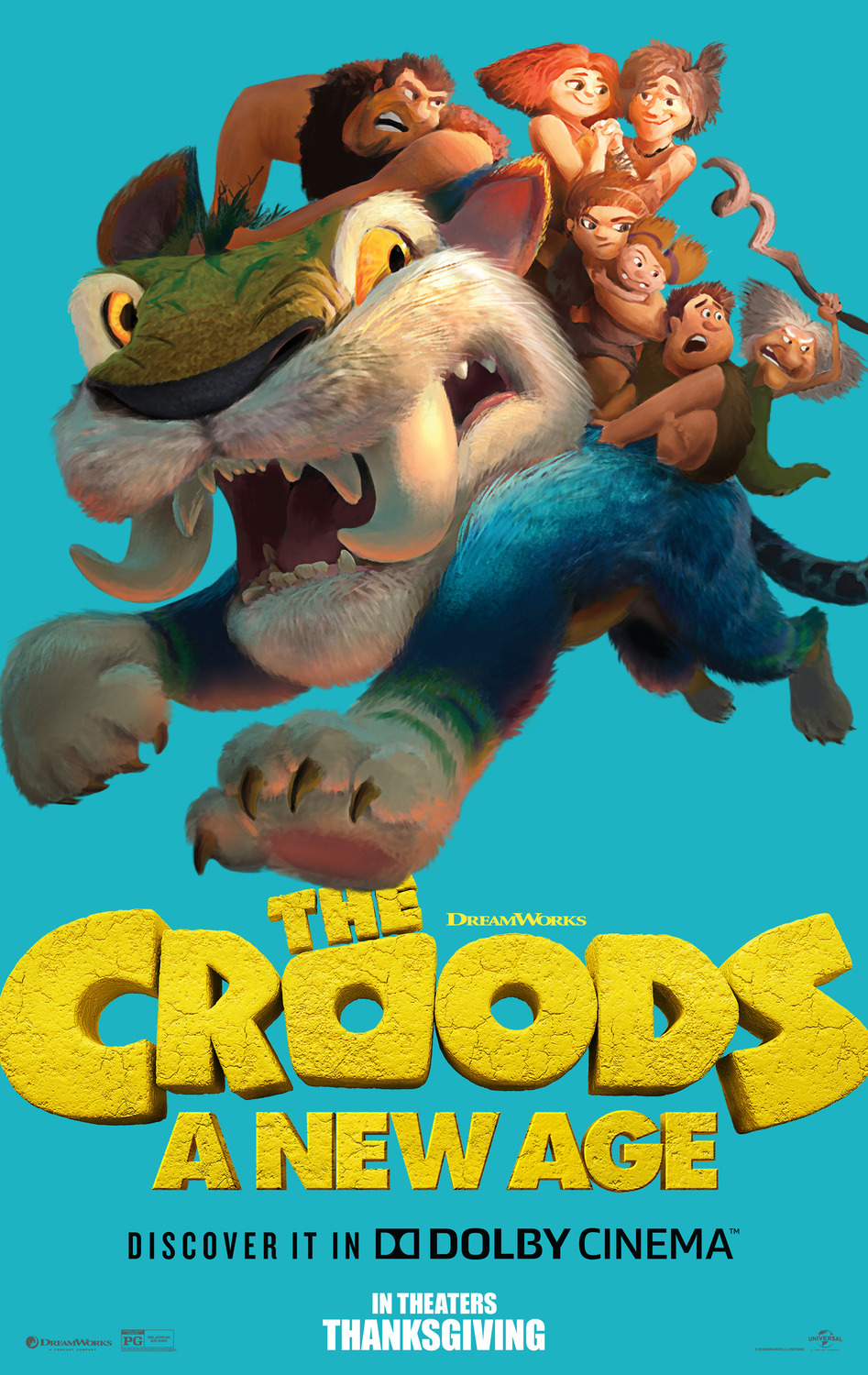 After reclaiming the top spot at the box office last weekend, DreamWorks Animation's The Croods: A New Age managed to repeat its first place finish. The animated sequel brought in an additional $1.7 million in its 13th weekend of release. This figure was just 18 percent less than last weekend, as the film continued to excel thanks to a lack of true competition in its key demographic. After this weekend's take, the film's domestic haul has now crossed the $50 million threshold, a rather impressive performance given the ongoing COVID-19 pandemic.

Following a narrow third place finish last weekend, Warner Bros.' The Little Things managed to climb back into second place with a weekend gross of $1.2 million, a 39 percent decrease from last weekend. Its new domestic tally now sits at $11.8 million over its 24 days of release.

Falling one spot to third place was the awards hopeful biographical drama Judas and the Black Messiah. The Golden Globe-nominated film experienced a drop of 55 percent for a weekend take of $905,000, bringing its domestic total to $3.4 million. But with strong critical reviews and a CinemaScore audience rating of A, the film is expected to perform well over the long haul.

Holding steady once again in fourth was Warner Bros.' Wonder Woman 1984. The superhero sequel saw a 27 percent drop in its ninth weekend of release, pulling in $805,000. The Gal Gadot-starring flick has now grossed $42.7 million across its 59 days of release.

Rounding out the top five was the Liam Neeson-led thriller, The Marksman. The Open Road/Briarcliff release raked in another $775,000, a 36 percent drop from last weekend. Over its 38 days of release, the film has now brought in $11.5 million domestically. ~Paolo Maquiraya