What's new to watch on Netflix Canada for November 2020

Published By Alexandra Heilbron on Oct 22, 2020 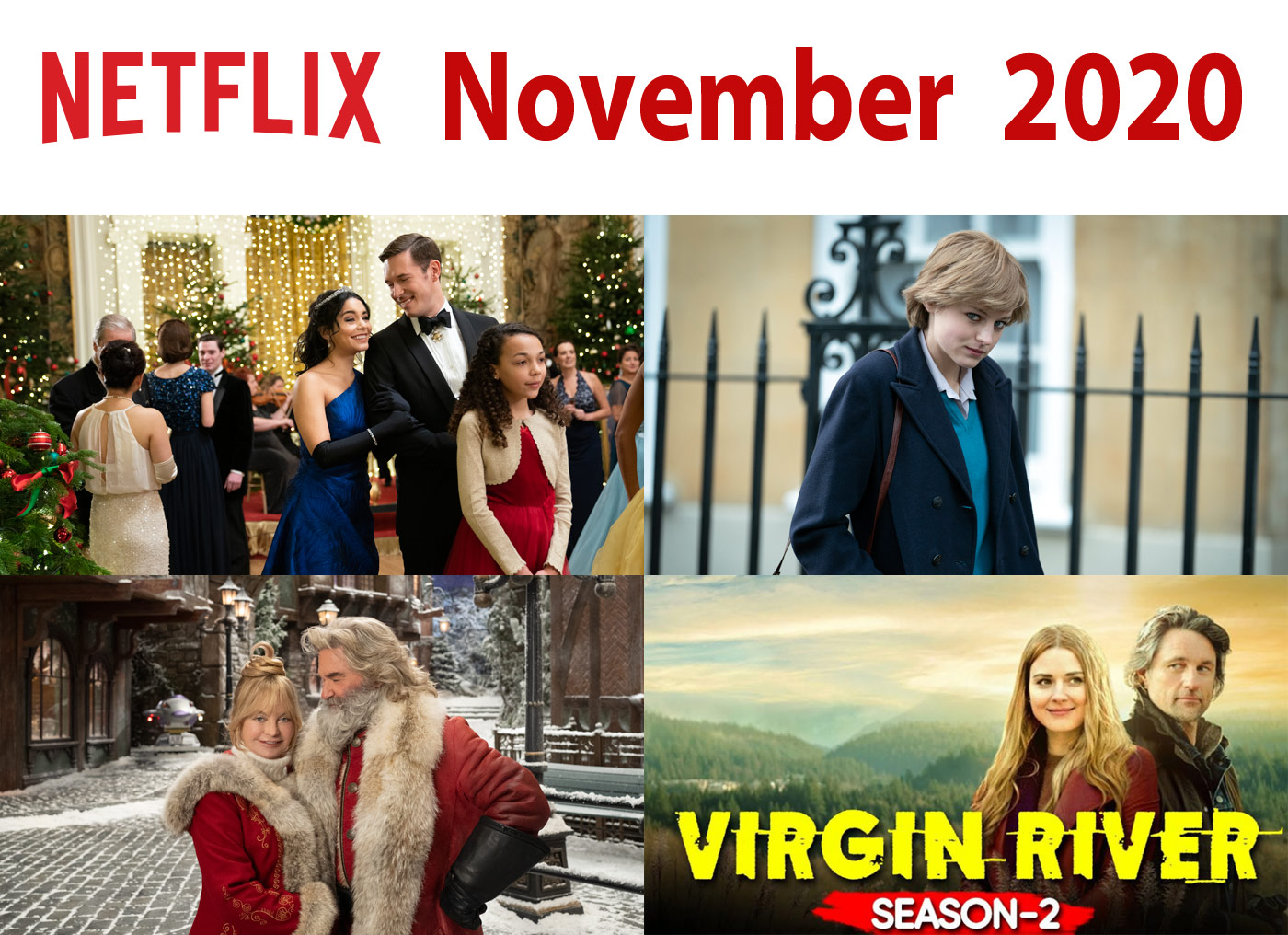 Christmas films and more on Netflix this November 2020

It's almost November and if you're as impatient as we are to find out what new and exciting shows are coming to the popular streaming service in the weeks to come, keeping reading! ~Alexandra Heilbron

Christmas is quickly approaching and to get you in the mood, Netflix has plenty of Christmas-themed movies. Operation Christmas Drop (Nov. 5) is a Netflix original about Congressional aide Erica Miller (Kat Graham) who flies to an island military base in order to determine whether the good deeds they're doing for the people of 56 different islands is worth the cost. She meets Captain Andrew Jantz (Alexander Ludwig), who is assigned the task of showing her around. Her first impression of him isn't great, and their opposing goals make Erica a hard sell.

For fans of true crime stories, Carmel: Who Killed Maria Marta? (Nov. 5) is a documentary series on the circumstances surrounding the death of María Marta García Belsunce, one of the most controversial criminal cases in Argentina.

The new Netflix series Dash & Lily (Nov. 10) follows a whirlwind holiday romance as cynical Dash (Austin Abrams) and optimistic Lily (Midori Francis) trade dares, dreams, and desires in the notebook they pass back and forth at locations all across New York City.

An imaginary world comes to life in Jingle Jangle: A Christmas Journey (Nov. 14), a new film about legendary toymaker Jeronicus Jangle (Forest Whitaker), whose trusted apprentice (Keegan-Michael Key) steals his most prized creation. It’s up to his bright and inventive granddaughter and a long-forgotten invention to heal old wounds and reawaken the magic within.

Legendary actress Sophia Loren returns to screens after a 10-year absence in The Life Ahead (Nov 13). She plays a Holocaust survivor who takes in a 12-year-old street kid who recently robbed her.

Season 4 of much-loved British series The Crown is finally here. Debuting Nov. 15, it starts as Queen Elizabeth (Olivia Colman) and her family find themselves preoccupied with securing an appropriate bride for Prince Charles (Josh O’Connor), who is still unmarried at 30. While Charles’ romance with 18-year-old Diana Spencer (Emma Corrin) seems the stuff of fairy tales, the reality is much different.

Vanessa Hudgens is back in the sequel The Princess Switch: Switched Again (Nov 19). When Duchess Margaret (Hudgens) unexpectedly inherits the throne to Montenaro and hits a rough patch with boyfriend Kevin, it's up to her double, Princess Stacy of Belgravia (Hudgens) to get these star-crossed lovers back together... but the course of true love is complicated by a handsome royal who's intent on stealing Margaret's heart.

In the animated special Alien Xmas (Nov. 20), a race of kleptomaniac aliens attempts to steal Earth's gravity in order to more easily take everything on the planet. Only the gift-giving spirit of Christmas and a small alien named X can save the world.

Everyone's favorite legendary country singer is back with the new film Dolly Parton’s Christmas on the Square (Nov. 22), featuring 14 original songs. Rich and nasty Regina Fuller (Christine Baranski) returns to her small hometown after her father’s death to evict everyone and sell the land to a mall developer -- right before Christmas. However, after accepting the guidance of an angel, Regina's heart begins to open.

Hillbilly Elegy (Nov. 24) is a heartwarming film about a grandmother (Glenn Close) who cares for her young grandson, J.D., when his wreck of a mother (Amy Adams) is more concerned with getting high. After high school, J.D. goes to Yale, but an urgent phone call pulls him back to his Ohio hometown.

The Christmas Chronicles 2 (Nov. 25) brings Kurt Russell back to the role of Santa and features Goldie Hawn as Mrs. Claus in this film about a cynical teenager who is pulled into an adventure with Santa when a mysterious, magical troublemaker named Belsnickel (Julian Dennison) threatens to destroy the North Pole and end Christmas.

Shawn Mendes: In Wonder (Nov. 23) follows the singer as he makes sense of his stardom, relationships and musical future over the course of a world tour.

Prefer the supernatural over holiday cheer? Check out The Call (Nov. 27), an intriguing film about a woman who returns to her former home and finds an old phone that allows her to speak with someone living in the same house -- 20 years ago.

For the many fans of the first season of Virgin River who couldn't wait for the second season, we're happy to report it returns on Nov 27. Netflix isn't giving much away about the plot, but they will say that it involves engagement, babies, heartbreak and murder -- and Mel Monroe (Alexandra Breckenridge) is often in the middle of what's happening in the small town.

See below for everything coming to Netflix this month and continue scrolling for what’s leaving as well.

Nov. 4
Blackhat
Dracula Untold
Fifty Shades of Grey
Get Him to the Greek
The Good Shepherd
Identity Thief
In the Lake of the Woods
King Kong (2005)
Love and Anarchy - Netflix Original
Mallrats
Unbroken

Nov. 17
The Boss Baby: Back in Business: Season 4 - Netflix Family
The Mule
We Are the Champions - Netflix Original

Leaving Nov. 27
The Nutcracker and the Four Realms